Ever heard the terms ‘blue teaming’, ‘red teaming’, and ‘purple teaming’ but never really understood what they all meant?

Or more importantly, what was the difference between them all?

Well then this is the blog for you!

In order to protect your important data from cyber criminals, you need to put your security system to the test. You can’t just assume that it’s robust enough (even if you have strong security measures in place), as cyber criminals are becoming more advanced every day.

To remain one step ahead, you need to simulate cyber attacks within your organisation as this gives you the opportunity to truly test out your defense strategy to see how effective it will be in a real-life scenario.

You need to be proactive rather than reactive, as you need to know how your organisation will respond to threats before they happen.

This is where red teaming, blue teaming, and purple teaming comes into play, and each of these teams have a different role. We’ll be covering the roles and responsibilities of each below, as well as the methods and tactics they employ. 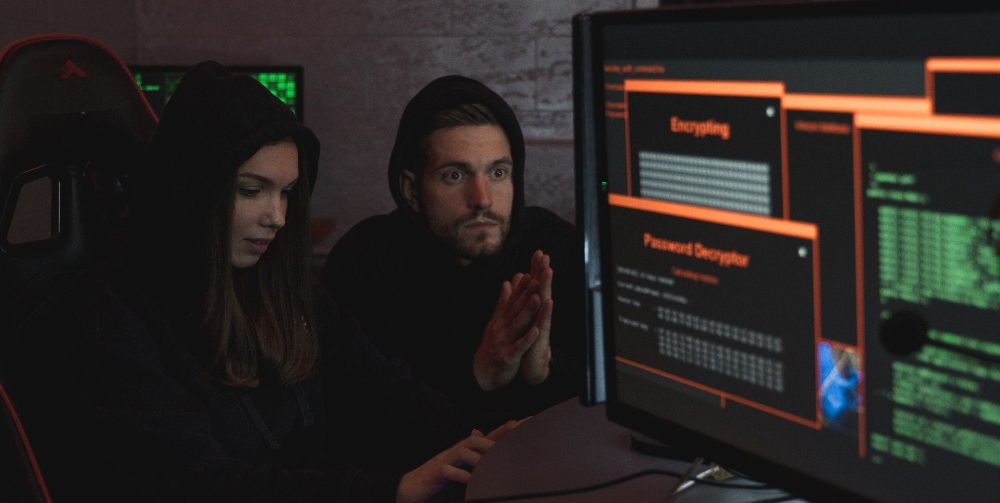 What Is a Red Team in Cyber security?

It is their job to overcome cyber security controls to find weaknesses in people, processes, and technology in order to gain unauthorised access. They utilise a whole range of techniques (which we’ll cover in more detail below) to penetrate a security system for their own gain.

A red team usually consists of highly experienced security professionals or independent ethical hackers who are tasked with evaluating a security system in an objective manner.

Based on their findings in the exercise, they will make suggestions and recommendations about how to strengthen the organisations security posture.

Why Is Red Teaming Important for Your Organisation?

Red teaming is important for your organisation as it allows you to see how your defense strategy will work in real circumstances.

Instead of basing the effectiveness of your current system on theoretical evidence, red teaming allows you to put your system to the test to see how it actually performs in the presence of real-world threats.

Essentially, red teaming is the process of purposefully and rigorously (but ethically) identifying a path to breach your security system. You can then assess how you plan to move forward so that you can make improvements to your current tools and protocols.

What Are the Red Team’s Objectives?

The main objective of the red team is to penetrate a security system to gain important data such as client information, records, or assets.

There are no limits to what the red team will do, as they need to be just as malicious as real-life cyber hackers. This will then give a true reflection of the effectiveness of an existing security system as it is based on real findings.

Alongside this, the red team also set out to:

What Tactics Does Red Teaming Involve?

Red teaming involves a whole host of tactics, all of which are designed to infiltrate a security network.

By mimicking real-world threats, the exercise is highly realistic to give a true indication of a security system.

Below are some of the tactics red teaming involves: 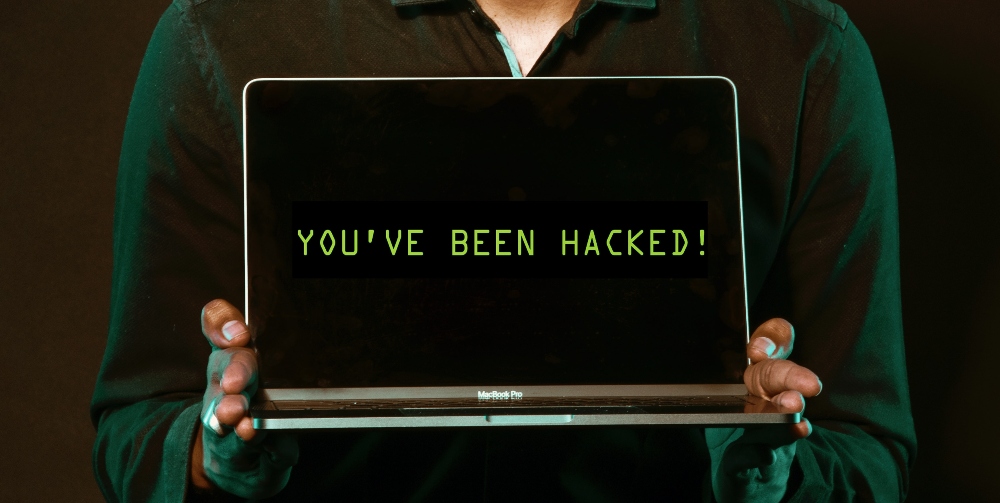 What Is a Blue Team in Cyber security?

In total contrast, a blue team is tasked with defending the organisation’s data and assets from cyber attacks.

This team of professionals have an inside-out view of the organisation’s security system, and they need to know how to respond to any kind of security threat.

They are well aware of the organisation’s current security practices and it is their responsibility to strengthen the castle walls as it were, to make sure no intruder can get in.

To do this, they must gather important information, data, and documents to identify exactly what assets need protecting. They will then tighten up access to the system in a number of ways, including introducing stronger password policies and educating staff so they understand security procedures.

By understanding potential threats and risks, the blue team can develop an action plan to implement controls that can lower the impact or likelihood of threats materialising.

Why Is Blue Teaming Important for Your Organisation?

Blue teaming is important for your organisation as it allows you to truly test how strong your defense strategy is.

Lots of businesses fall into the trap of thinking their current cybersecurity tools and systems are robust and almost impenetrable.

Perhaps you’ve just installed state of the art software or the very latest security system, and as such, you think you’re covered in the event of any type of cyber attack. Unfortunately the truth is, this is rarely the case.

Cyber criminals are organised and sophisticated and they’re always thinking of new ways to hack your system. However, by engaging in blue teaming exercises you can put your system to the test and see how it actually performs.

You have the power to outsmart cybercriminals and stay one step ahead, as you can identify your weakness and quickly resolve them.

What Are the Blue Team’s Objectives?

The main goal of the blue team is to detect and neutralise cyber attacks so that they are better prepared for dangerous real-world attacks.

To do this, they must detect, oppose, and weaken the red team by understanding their tactics and techniques.

Essentially, it is the responsibility of the blue team to work out how to improve their organisation’s security practices based on this mock-scenario.

Alongside this, the blue team also set out to:

What Tactics Does Blue Teaming Involve?

The blue team employs a range of tactics that act as countermeasures to protect a network from cyber attacks.

It all depends on the situation in terms of what tactics the blue team deem most fitting. For example, they might determine that additional firewalls need to be installed in order to block access to an internal network.

Or they might identify social engineering attacks as the top priority, so might therefore recommend implementing security awareness training across the company.

Below are some of the tactics blue teaming involves: 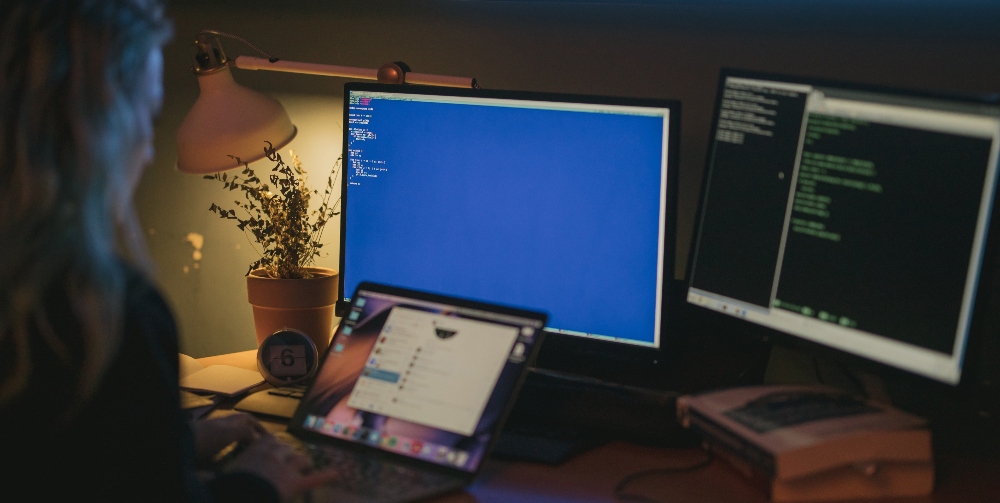 What Is a Purple Team in Cyber security?

Unlike a red team and blue team, not every organisation chooses to have a purple team when conducting these types of exercises.

However, as cyber attacks become more advanced, it’s more important than ever for red teams and blue teams to work together to achieve the most effective outcome. Whilst these teams do share a common goal (to create the most robust defense strategy), they’re often not politically aligned.

For example, red teams who report on weakness and vulnerabilities will get praise for doing so. As such, they’re not incentivised to help the blue team strengthen their security practices by sharing information on how they penetrated their cyber controls.

The whole point of red and blue team exercises is to strengthen the overall security posture of the organisation, so there needs to be a middle ground.

This is where the purple team comes into play; they bring both red and blue teams together and encourage them to work as a team to share insights and feedback.
Through enhanced cooperation, proper resource sharing, and a collaborative mentality, these exercises will improve the overall security system for the better.

What Are the Purple Teams Objectives?

Aside from the objectives we have discussed above, the purple team also set out to: 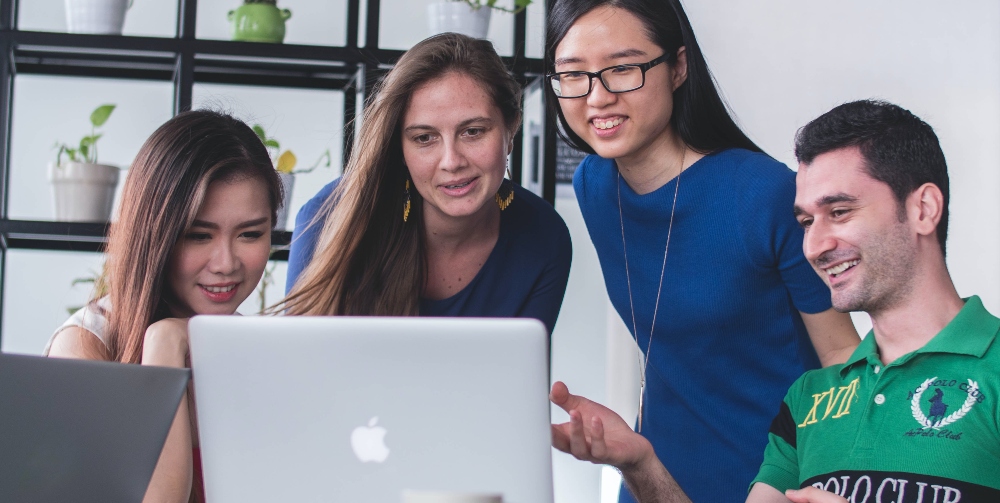 Whilst red team and blue team exercises each bring their individual benefits to your organisation, they are much stronger combined.

By employing one team to purposefully attack your existing cyber security infrastructure whilst the other team strategically defends it, you can test how robust your current practices are before a real cyber criminal has a chance.

Aside from working together to ensure your security system is effective, red team-blue team exercises also bring a whole host of other benefits such as:

Hopefully after reading the above blog post, you have a bit more clarity about what red, blue, and purple teaming means in terms of cybersecurity.

Having the knowledge and understanding of these exercises is key, as knowledge is power. You can’t start protecting your organisation without fully understanding the different strategies behind it.

Red vs blue teaming is a very valuable exercise as it simulates the event of a real-life cyber attack. Whether you believe your current security system is up to the job or not, it never hurts to put it under the microscope and really put it to the test.

At TLR we’re committed to helping businesses be cyber offensive.

Sitting back and waiting for a cyber attack to happen is not the best approach, as once an attacker has penetrated your network, it can be difficult to control. It’s our job to make sure that doesn’t happen.

Our team of experts can help you protect your business, making sure your important assets never fall into the hands of the wrong people. To find out more about how we can help, simply get in touch. 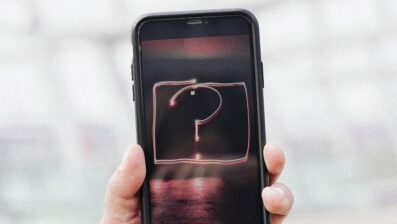 Cybersecurity for Beginners: The Complete Guide

Welcome to your complete guide to cybersecurity for beginners! Cybersecurity can seem like a daunting subject, with lots of long, technical words being thrown about which no one really understands. Yet, understanding cybersecurity and its importance in our daily lives, is absolutely critical. Without knowing what it is and what’s involved in the process, we’re… 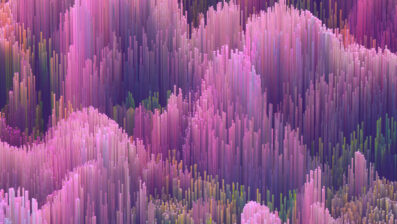 Cyber Security Analytics: What You Should Be Tracking

In order to stay one step ahead of cyber criminals and to mitigate threats, you should be tracking metrics and keeping on top of your cyber security analytics. It is no longer enough to rely on software-based protection tools and methods, as they can’t always keep up with fast moving threats. Cyber security analytics are… 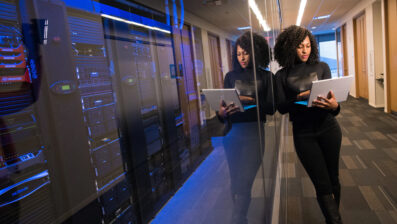